As the WA Food Ambassador, Don consults to some of Western Australia’s most iconic food companies assisting them with marketing, product development, placement and generally being “The Storyteller” between WA food producers, chefs and the general public. Passion is the best word to use when describing Don. After a long and successful career running three of WA’s finest regional kitchens, Don has become WA’s Food Ambassador through his continual support and dedication to WA food producers. Don was awarded Western Australia’s Good Food Guide Governors’ Award for Charity and Philanthropy in 2013 by then Governor Malcolm McCusker. 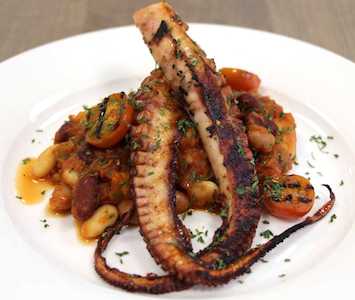 Grilled Fremantle Octopus with a trio of beans and sugo 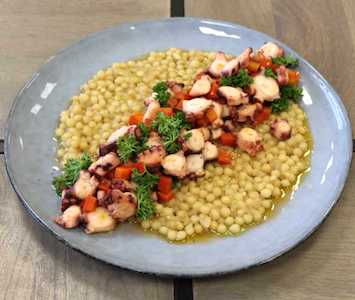